Packing my typewriter, collecting donations, and cleaning my bag out, I was spent for the evening and ready to go home. It hadn’t been too long of a day, but I was tired from sitting on the ground and knew I had a long bus ride ahead of me.

Out from nowhere popped Jesse. With an accent I couldn’t for the life of me place (typical tip of the tongue recognition glitch), he said he’d spotted me putting away my sign and typewriter and wanted to snap a picture. He showed me the candid. Before I knew it, I got to staying, he got to sitting, and we both got to talking.

He requested a poem on love. While I typed, he began to wax poetic and love shifted into lust. I’ve stated before how surprised I am that almost no one, in all the years I’ve been doing this, requests an explicit poem. (The only other lust/sex poem I’ve written for a person was “Sexual Samsara” for Charlene). 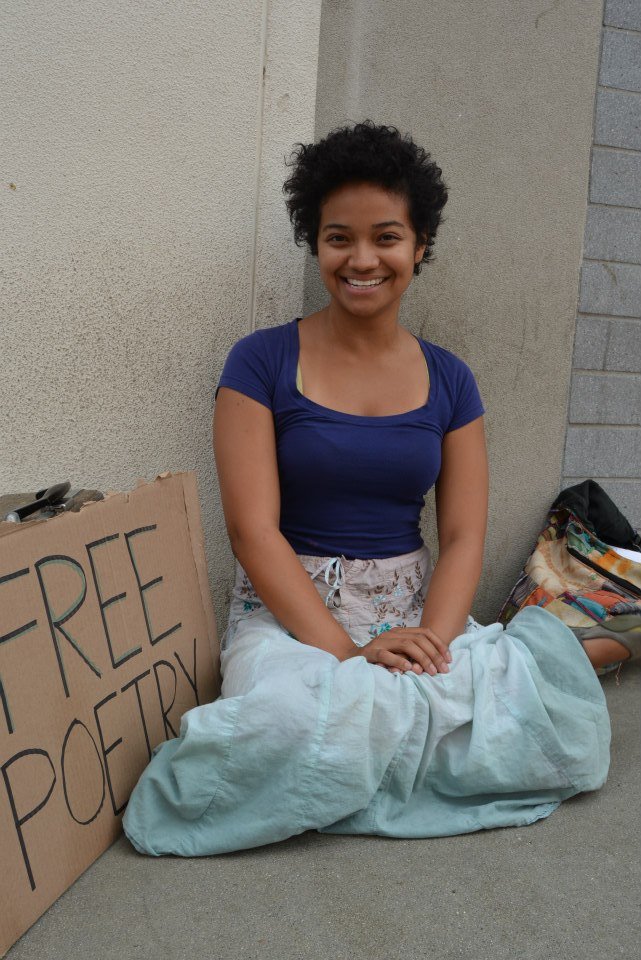 After typing Jesse’s poem for him, he showed me a few of the stanzas he’s been working on while traveling the US. Hailing from Johannesburg, he (at the time) had traveled months: Chicago, New York, Miami, Las Vegas, Seattle, San Francisco, and of course, Los Angeles. We spent the rest of the day wandering around Santa Monica and–one of my favorite cities–Venice. 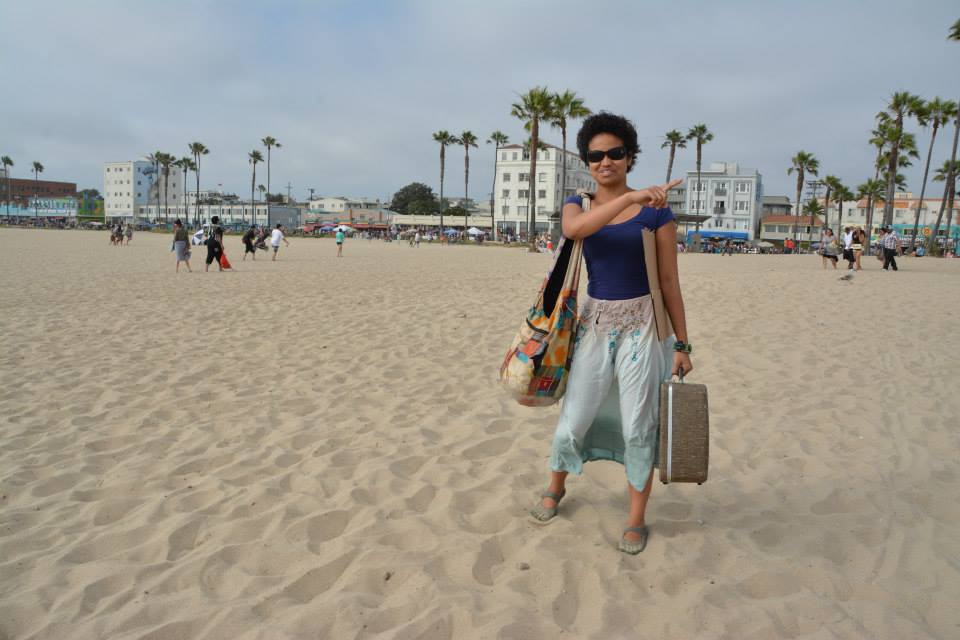 Jesse was kind enough to share the photographs he took of me, which you can catch on his public Facebook album (“Just Poetry”). You can also catch his photographs of other US cities (“an American Anthology”).

And of course, the poem: 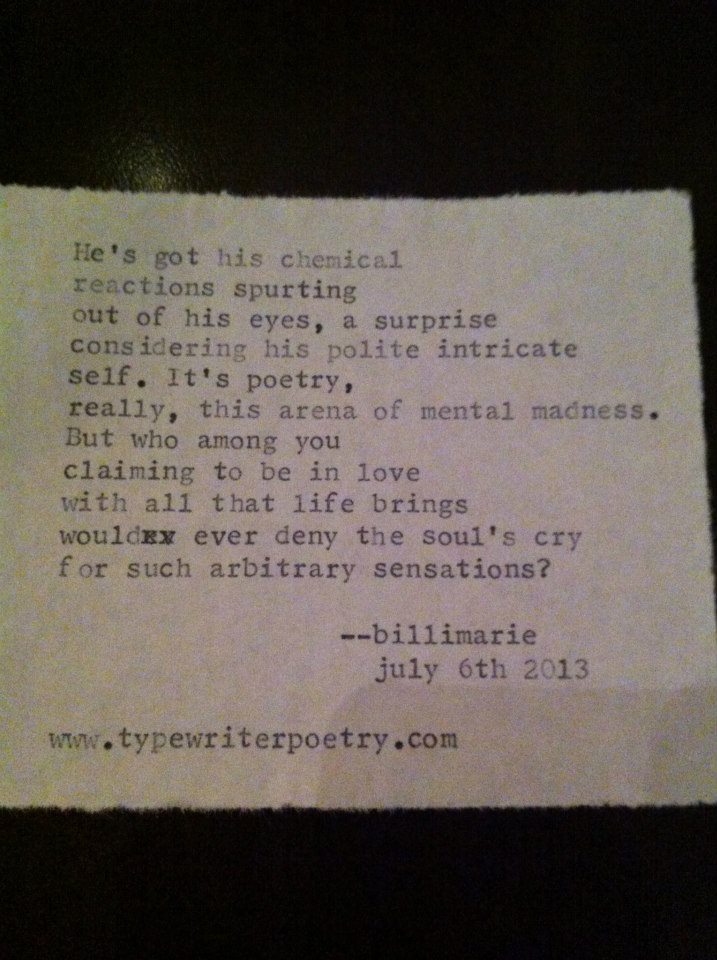 He’s got chemical
reactions spurting
out of his eyes, a surprise
considering his polite intricate
self. It’s poetry,
really, this arena of mental madness.
But who among you
claiming to be in love
with all that life brings
would ever deny the soul’s cry
for such arbitrary sensations?