While wandering in Oregon, the Newer York contacted me about appearing at their annual Literary Carnival. I got back home to Los Angeles just in time last Friday for the event.

The carnival itself is a theatrical book release for an experimental literary journal. The show was full of performance, readings, social experiments, short films, and curiously quirky delights for the senses. 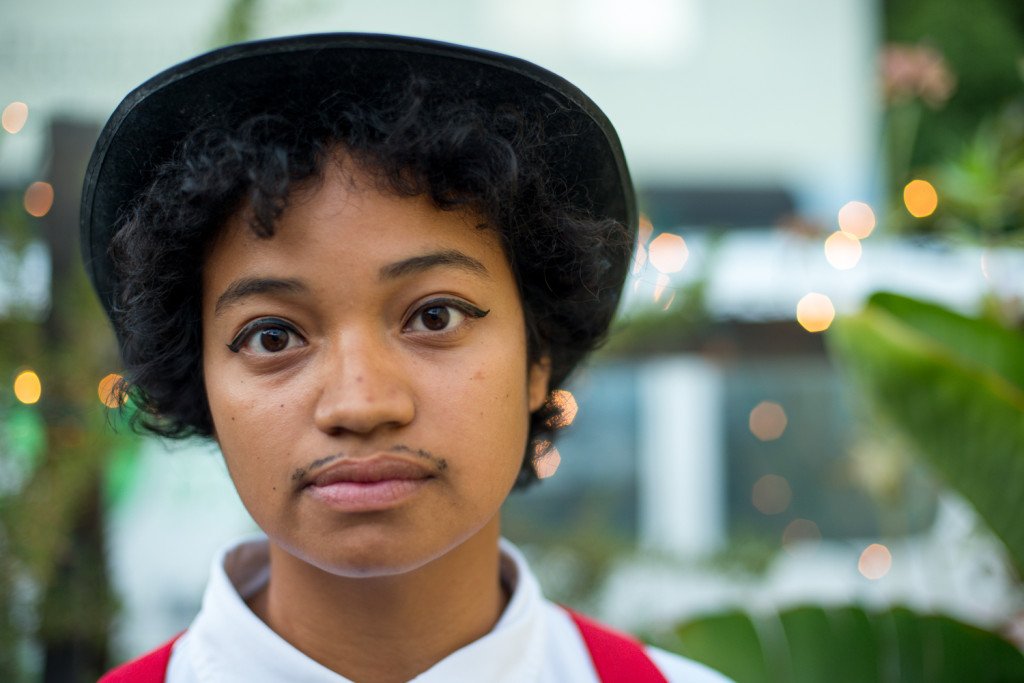 I did Typewriter Poetry during the pre-show. Set out a few tarot cards from The Goddess Tarot Deck

(major arcana, if you were curious), rearranged candles, plopped down my typewriter and wrote free poems for the guests. Incorporating tarot card interaction made for an interesting poetry experience.

“Some guests interacted with tarot cards next to a planter box garden of orchids and fledgling pineapples while poet Billimarie called upon the Muses and typed out impromptu verse on her baby pink typewriter.” —Henri Maddocks

It was an amazing night for literature. Cheers to the Los Angeles summer night, whimsical ambiance, the Newer York (especially Ian, Michelle, Josh), and all the literary strings that made this sensation possible. 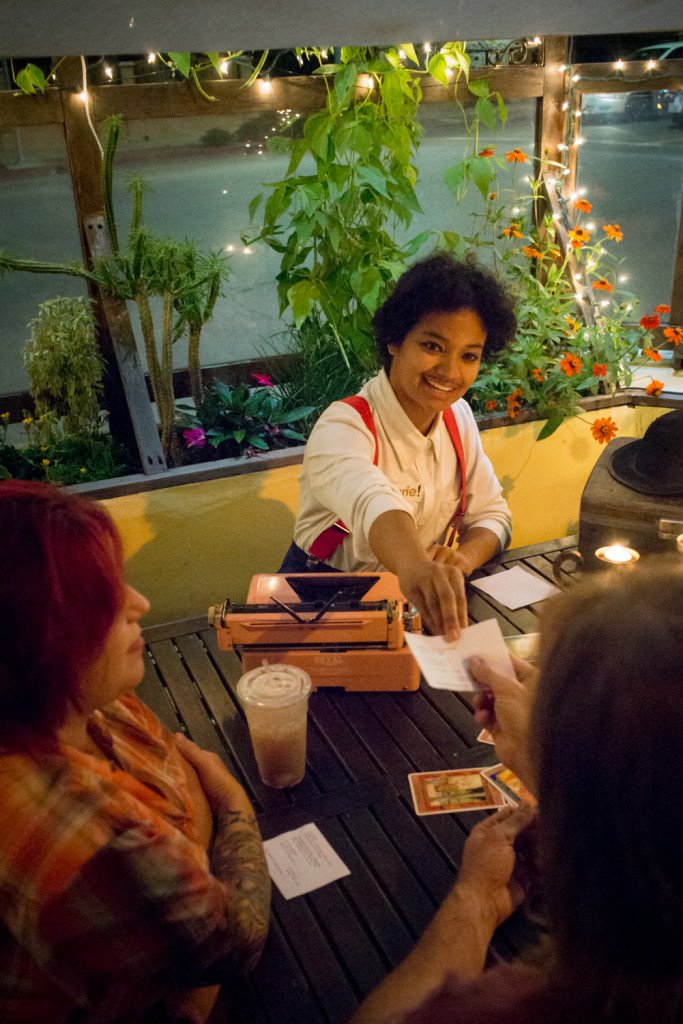 Thanks to Luke Gattuso who took these photos and was kind enough to post them online. You can view the rest of the Literary Carnival set here.

6 thoughts on “Typewriter Poetry at the Literary Carnival”